As Love Decay / Be In Your Soul

J. Axel is back with a 2-track release on DeepStitched Records, a South African based label (nominated in 2019 South Africa Dance Music Awards) which focus on Deep House / Tech-House with a fresh spin on the ever popular genre. ”As Love Decay” brings deep pads with a haunting chord progression that will bring out all the feels for you. ”Be In Your Soul” is a co-lab with the Swedish-based duo ”i am the love” with smooth vocals and a melancholic presence beyond any ordinary deep house tracks out there. This one is as deep as it gets.

Deeper Shades Of House (DSOH), hosted by Lars Behrenroth is a weekly two hour listener supported Deep House radio program broadcasted and syndicated on over 30 fm, internet, and satellite radio stations all over the world. Along with guest DJs like Osunlade, Black Coffee, Abicah Soul, Ben Watt, Jimpster, Rocco, Soul Clap, Fred Everything, Charles Webster and many more, J. Axel contributed with an exclusive mix for the 517:th show. Skip forward 1h into the show to go straight to the mix. 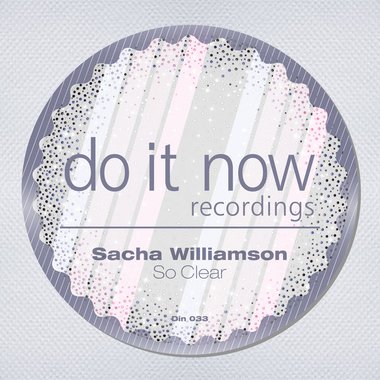 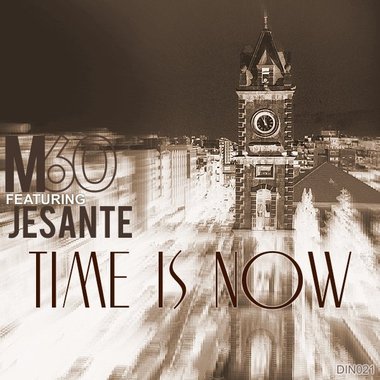 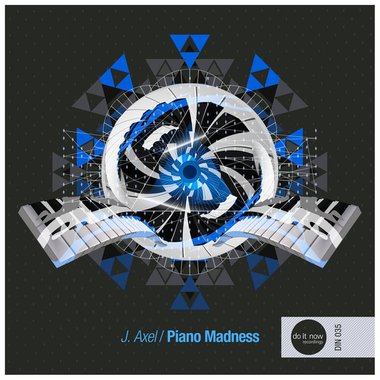 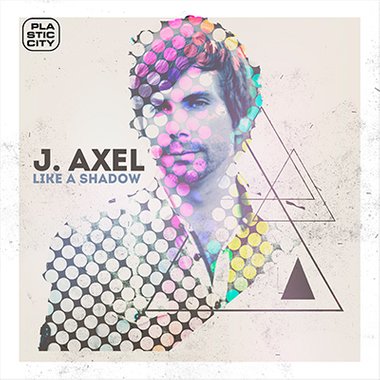 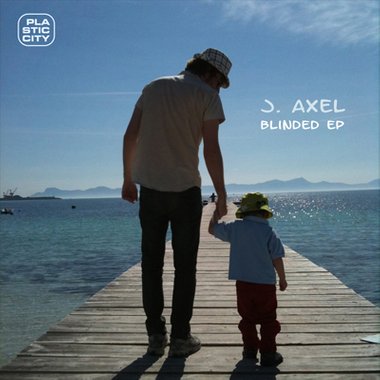 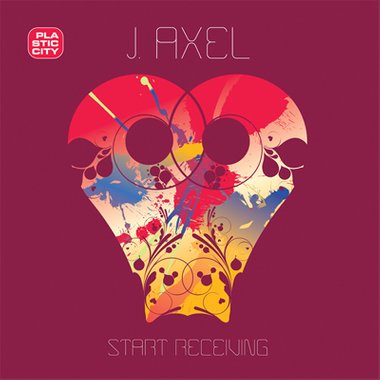 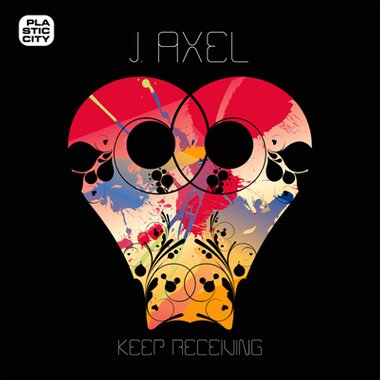 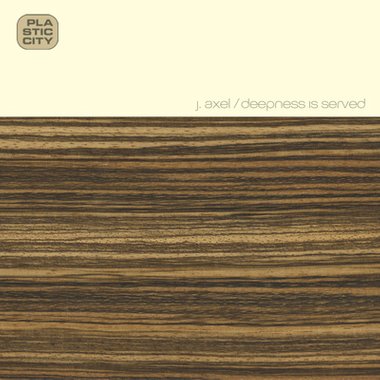 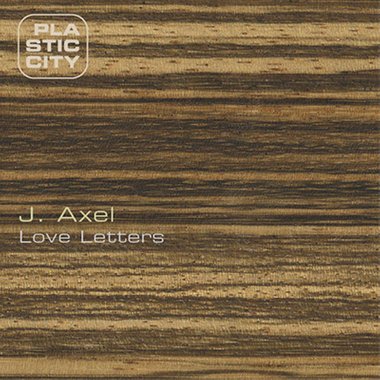 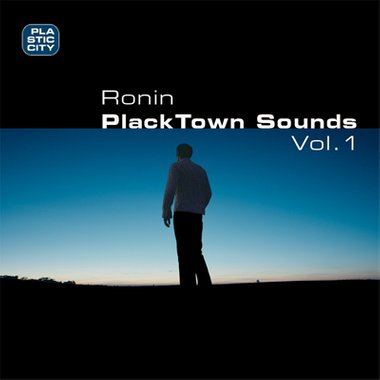 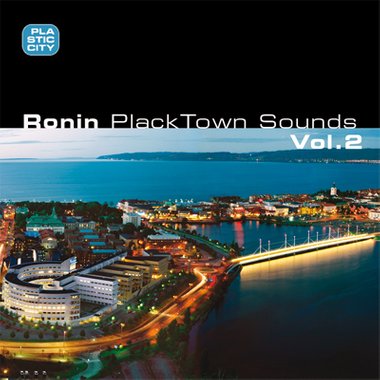 Over a decade Jonathan Axelsson (aka J. Axel, Ronin, TLS) has been releasing soulful music under different pseudonyms, labels and genres, DJing around the world, and gathered a solid reputation in the international music industry. The Stockholm-based producer and artist was born and raised in the small town of Lekeryd (outside Jönköping) Sweden. He got in touch with music very early in life since both his father and grandfather were musicians, and as a young boy he played percussions and took piano lessons. At the age of 12 he started making his own music using an Amiga computer, and the following years he collected synthesizers and studio equipment.

In the mid 90’s Jonathan was listening to bands like Orbital, The Black Dog, The Future Sound Of London and Everything But The Girl, and through the national radioshow P3 Dans he found a strong passion for the music known as Deep House. Fully inspired, he recorded his first demo which later on became the demo of the week on P3. Performing his demo material live at parties got him in touch with Johan Bacto, the label manager of PlackTown Sounds. Johan Bacto later released Jonathan’s first records through his label along with artists like Aril Brikha, Henrik B, YMC, Juri Hulkkonen, Håkan Lidbo & Jamie Andersson.

During 1996-2001 Jonathan released over 12 EP’s of instrumental Deep House under his alias ”Ronin”, giving him an audience and acknowledgement as a professional music producer. In 2001 Chris Gray (from Deep4Life in Chicago) gave Jonathan his second artist name, ”J. Axel”, and he now decided to develop his music further by working with vocalists. At this time Jonathan got in touch with the talented Sumatra born vocalist Astrid Suryanto. Their first single ”J. Axel feat. Astrid Suryanto - You Give Me (Love)” gatherd them many fans and bullet-proof reputation in the international Deep House scene. Since then Astrid has been working with producers like Victor Calderone, John Digweed and The Prodigy’s Neil McLellan.

In 2006 Jonathan released his debute album ”J. Axel - Deepness Is Served” featuring Astrid Suryanto. The eleven tracks on the album are a perfect display of soulful and slick productions ranging between house music and beautiful downbeat affairs. The singles from the album contains remixes from top DJ’s like Joel Mull, Pär Grindvik, Henrik B, Hardcell & Devilfish, making his music more suitable for the late night dance floors. His album release was followed buy a Tokyo tour which gave Jonathan a reputation as an international DJ, and since then he has been DJing in Stockholm, Prague and London.

After releasing and touring with his first album, Jonathan decided to take a break from the Deep House scene and try his potential in making other kinds of music. In 2007 he released an shoegaze album under his alias ”TLS” on the highly respected Imperial Recordings (who release artists like José Gonzalez, Promise and the Monster & Zeigeist).

In 2008 Jonathan picked up where he left ”J. Axel” and started working on a follow-up album to the critically acclaimed ”Deepness Is Served”. Along with his faithful colleague Astrid Suryanto, Jonathan got a vocal contribution from the well-known singer Zemya Hamilton. They met a few years back at Sebastian Ingrosso’s studio, and Jonathan took advantage of the occasion which resulted in a colaboration with Zemya. The vocals were then picked up and re-produced years later for Jonathan’s second Deep House album. ”J. Axel - Start Receiving” was released in 2009 and provides ten tracks of tenderness and warmth taken into electronic bliss.

Continuing working on his 3:rd studio album, Jonathan got in contact with the South African DJ and label manager Thulani Ntuli. On his first South African tour he was interviewed by DJ Fresh on his legendary show at 5fm as well as plaing at the club Truth and was mind blown by the South African Deep House scene. Since then he has been visiting South Africa frequently, and after releasing his very personal album ”J. Axel - Like A Shadow” he started releasing music for Thulanis label Do It Now Records. His first release "J. Axel - Piano Madness" was critically acclaimed by international Deep House scene, and no matter if it’s ”J. Axel” or under some other pseudonym, Jonathan Axelsson will always deliver music with a unique touch of presence and soulfulness.

"J. Axel, his music is the best way to express who I am!"